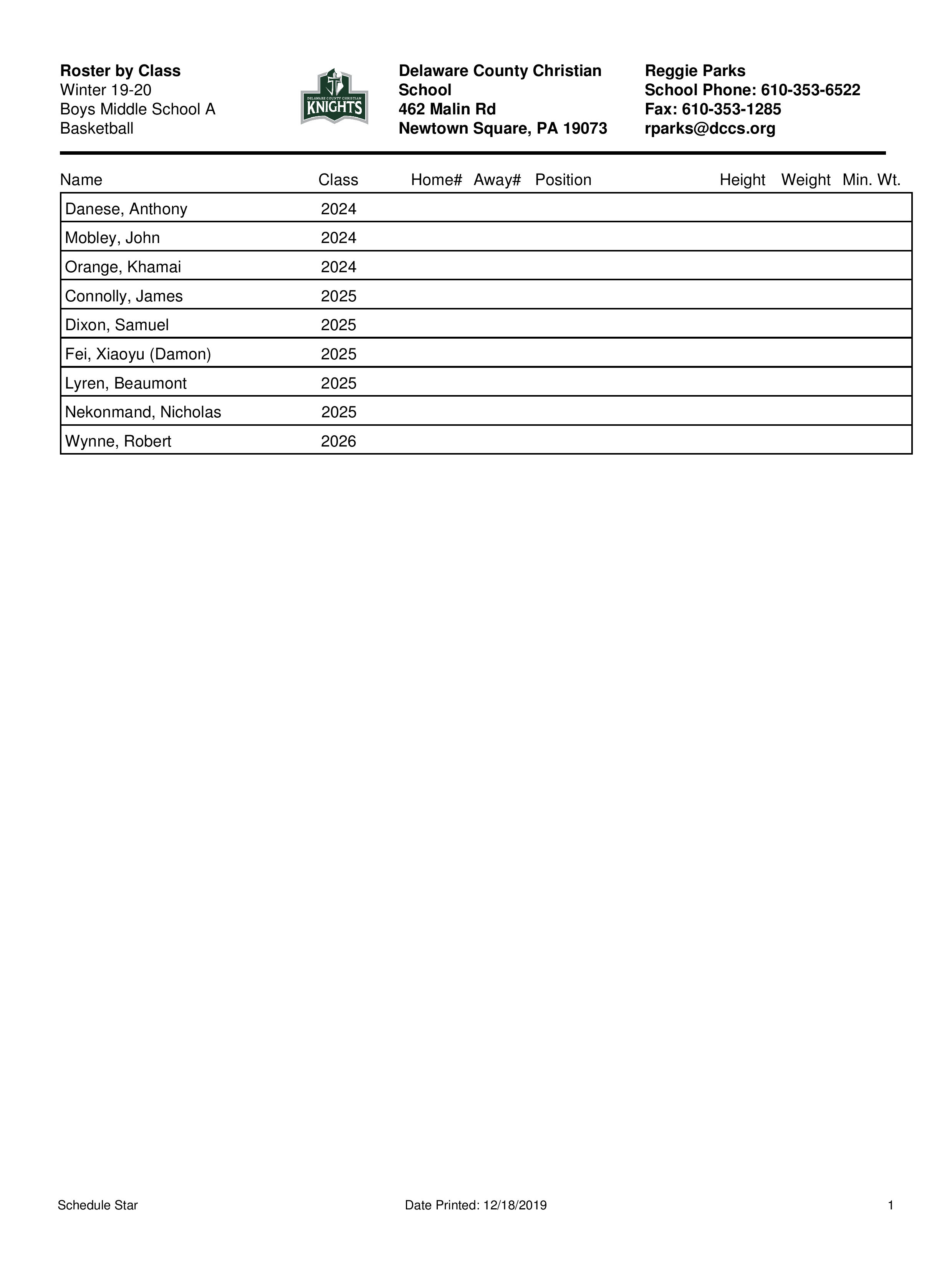 Coach Lyren is in his second year as both Boys MS Head Coach and Varsity Assistant. Coach Lyren played high school basketball at Wadsworth HS in Northeast Ohio. There he scored over 1,000 points and was All-Ohio Honorable Mention. Coach Lyren played college basketball for Fran Duphy at the University of Pennsylvania from 1993 - 1997. At Penn, Coach Lyren won three Ivy League titles, was captain of the 1997 team and played in two NCAA Tournaments.

Coach Lyren focuses intently on fundamentals and plays a key role in ensuring DC’s players play the right way, with high character and effort at all times. He brings a wealth of basketball knowledge and a passion to see the boys compete and excel at the highest level possible.

Coach Lyren and his wife Melanie have two boys at DC (Beau and Josie), both who are active, multi-sport athletes.

Coach Ridewood was born into a family of believers and accepted Jesus Christ as his personal Savior at a young age. He graduated from Widener University in 2008 with a BA in History and has taught PE/Health, Latin, Global Studies, Philosophy, and a seminar on the Civil War in his past. He played football at Widener (2007 MAC Champions) and spent seven seasons as an Assistant Football Coach at Interboro. Coach Ridewood has coached MS basketball at DC for the past two years, first as an assistant under Coach Parks in 2017 and then as an assistant for Coach Lyren last year. He continues to bring a calming spirit and continuity to the program.

Coach Ridewood is a huge sports fan, particularly of the Eagles, Phillies, 76ers, and Flyers.He loves to read, particularly non-fiction books on sports, history, politics or books on leadership and coaching.

Coach Ridewood and his wife Brenna are both life-long residents of Delaware County. They are members of Calvary Independent Baptist Church in Morton, PA and live in Prospect Park with their young daughters and their dog, Champ.