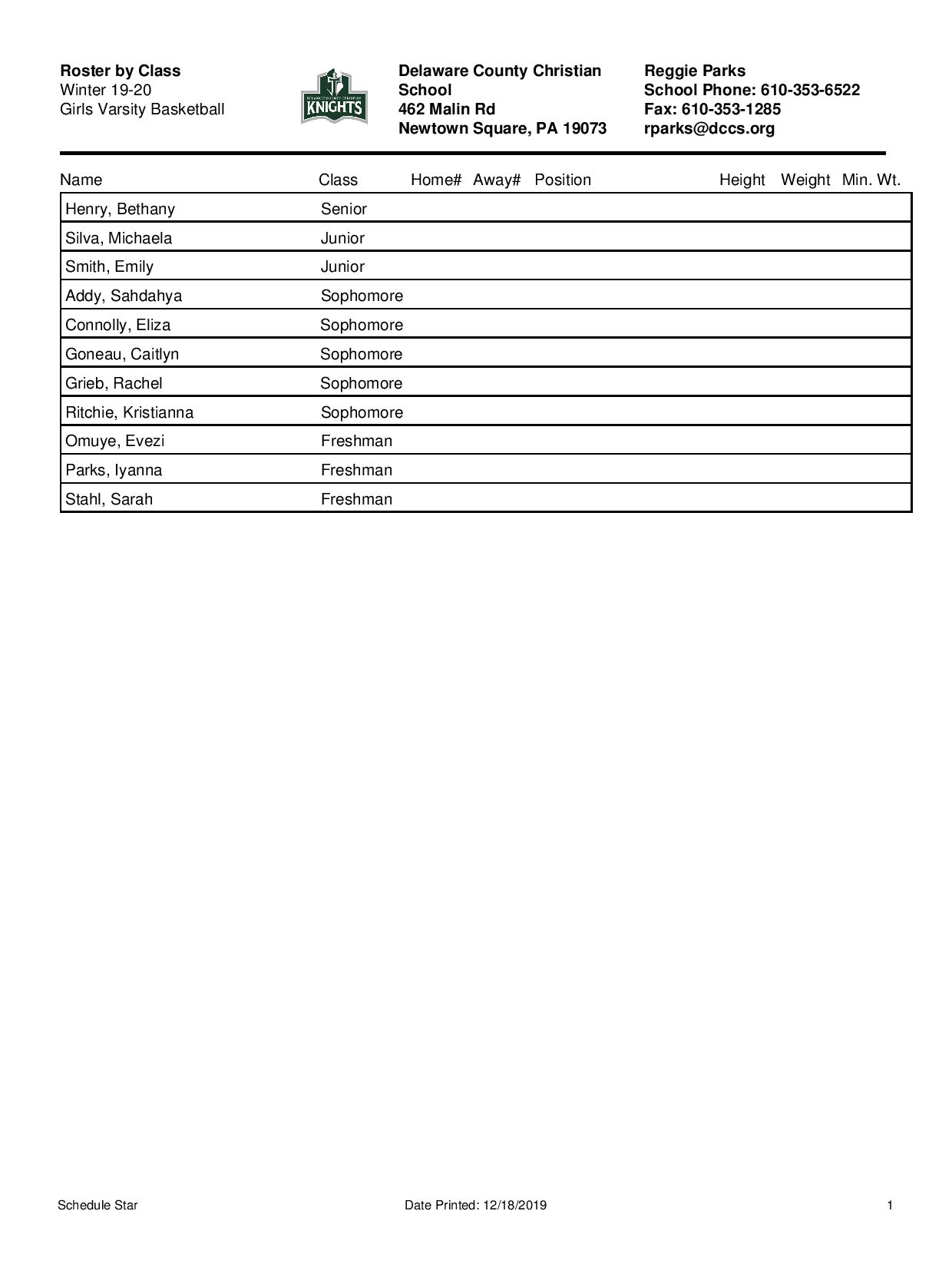 Coach Poyser takes over this season as the DC Girls Varsity Head Basketball Coach after a successful stint building DC's MS Girls Basketball program. Coach Poyser's resume includes playing at North Penn High School where he graduated in 2001 and at Messiah College where he graduated in 2005. Coach Poyser is competitive, has a wealth of basketball knowledge, and enjoys developing young talent. His players have a reputation for being tough, disciplined, talented, and exciting to watch.

Coach Poyser has a B.A. in English and earned an M.B.A. in 2012. In addition to coaching basketball, Stephen has various responsibilities in the Youth and Young Adult departments at New Testament Church of God. He also serves as a mentor to high school students there. Stephen is married to DC alumna Naomi (Hepkins) Poyser and they are the parents of two young sons, Levi and Jordan. Stephen is also the son-in-law of former DC board member Rohan Hepkins.