And whatever you do, in word or deed, do everything in the name of the Lord Jesus, giving thanks to God the Father through him. - Colossians 3:17 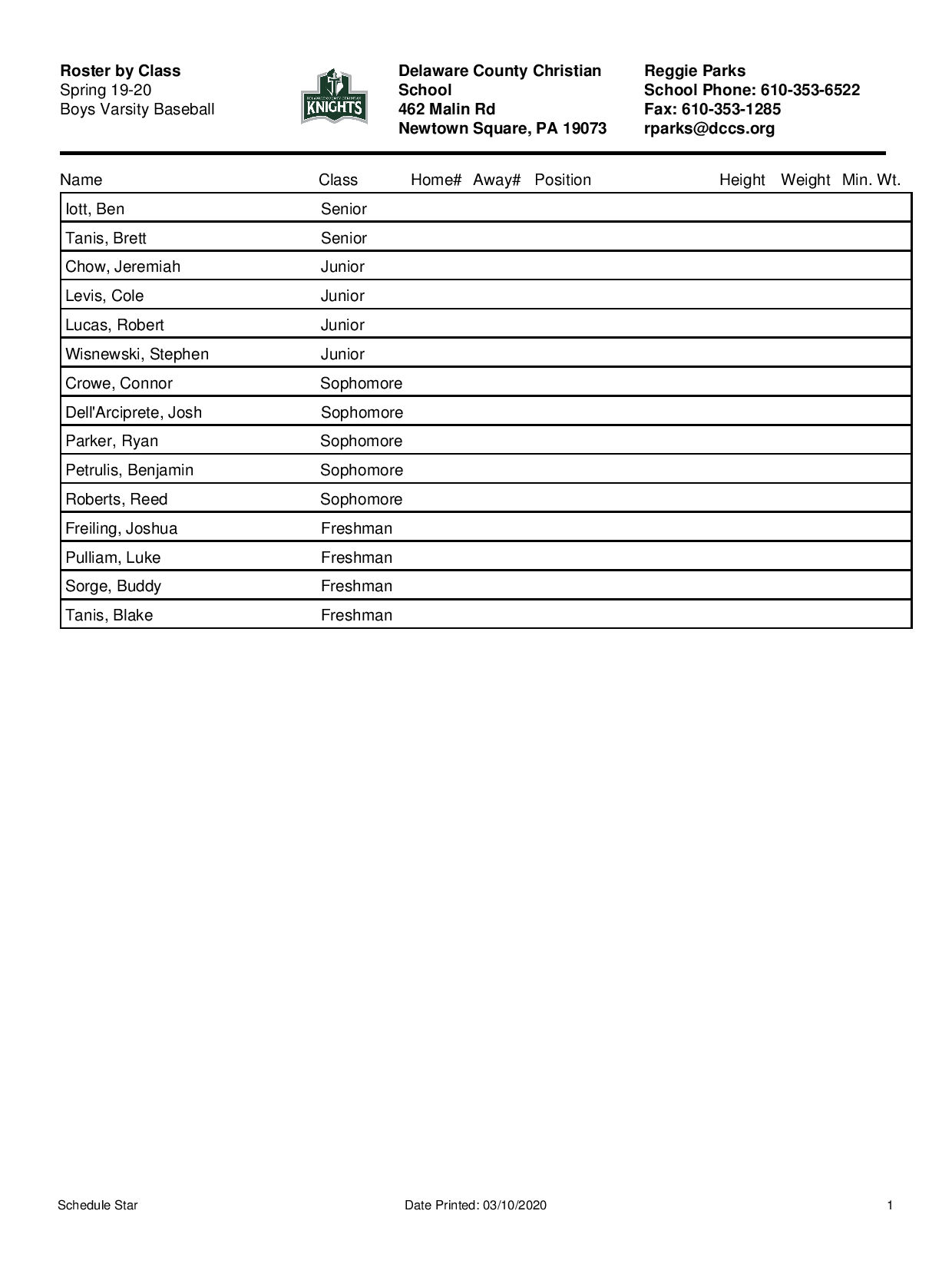 Coach Wisnewski is entering his 13th year as the Head Varsity Baseball Coach at DC. He also served as a Varsity Assistant for 1 year and coached JV for 4 years. During his tenure, his teams have won 3 league titles,appeared in 4 district title games, and had 1 final four finish in the PIAA state playoffs. Coach Wisnewski also has been voted BAL Coach of the Year 4 times.

Coach Wisnewski is a DC Alum ('95). Before serving as a DC coach, he was a 4 year varsity starter on the Varsity where his teams team won 3 league titles and finished as the state runner-up his senior year.

Coach Tanis is a 1987 DC grad who went on to Calvin College where he majored in Communications. At Calvin, Coach Tanis played soccer and was also a member of the track and field team for two years.

Coach Tanis was the head coach for the DC MS Baseball team for the past two years, was the head coach for the Girls Varsity Soccer team, and also has coached field events with the DC high school track team. Coach Tanis enjoys coaching for many reasons, but especially loves seeing players grow in character through sport as well as watching athletes find enjoyment in improving and executing their skills. Though still important, he believes that winning games ranks below the spiritual, emotional and physical development of his players.

Coach Tanis and his wife Susan live in Newtown Square and have three children - a daughter, Katy, who graduated from DC in 2018, and two sons - Brett who is a senior, and Blake who is a freshman.